For the past few weeks we “Legends” (As Hozier, aka, Andrew Hozier-Byrne has called his fans.) have anxiously awaited tickets to go on sale for the handful of U.S. shows booked for this fall. I am calling them “warm-up” gigs. Warm-up, since I am pretty certain that after the first of the year there will be a world tour. It also follows the same pattern as his last tour!

Together we “Legends” supported each other, comforted those whose venues were sold out in seconds and bantered thoughts about setting up #GoFundMe pages to help those shut out by jacked up ticket scalpers; aka re-sellers.

Recently he set up a handful of intimate “Fundraising” rehearsal shows in his beloved Ireland as well as a terribly intimate gig at Koko’s in the UK. Entry to that venue that is by lottery only, but you have to purchase a ticket to get a lottery spot.

With just 3 short weeks away from his first gig, fans are no closer to getting a snippet of the new single, never mind a definitive drop date for the album.

With the “no news” I”ve taken to teasing him on Twitter. “@Hozier “We can have a world wide Hum Along!” As is always the case, no reply! Ha!

Here is what we do know about the band. Rory Doyle will return on drums and Alex Ryan on bass.

Mia Fitzgerald, the former keyboard 🎹 player is invested in her own band “Siights” They have just announced gigs in Scotland and England can’t wait for a U.S. tour.

Mia will be replaced by the mighty Cormac Curran. This man is a serious talent having won accolades and awards for his work on TV and Films (No Country For Old Men) I can’t wait to hear his stylistic play during shows!

The lilting beauty of Alana Henderson and her Cello, “Marcello” won’t be returning to the band. Alana is working on her own project and I for one am super excited for her and to hear more amazing music from her. Alana is being replace by the fiddle/violinist Suzanne Santo. She is multi-talented and 1/2 of Honey Honey, a folk duo who opened for Hozier at Bread & Roses. A benefit concert he performed in San Francisco. She is really lovely and has an amazing voice! Have a little listen!

My heart ❤️ Rachael Lampa is busy being mom to her incredibly handsome 2 year old. I am hoping that her new album drops this year too! She has a gorgeous voice! She and former Jack White and Hozier backup singer Ruby Amanfu recruited Rachel Beauregard. If Ruby isn’t familiar to you she should be. I was lucky enough to be at Newport Folk Festival for her first solo performance and she blew everyone away! Rachel has a stunning voice! Give a listen!

Last night at the @bluebirdcafetn…a dream of an evening. Stay tuned for more @nativerunmusic 🙏🏽🎥: @t_ralston_photography 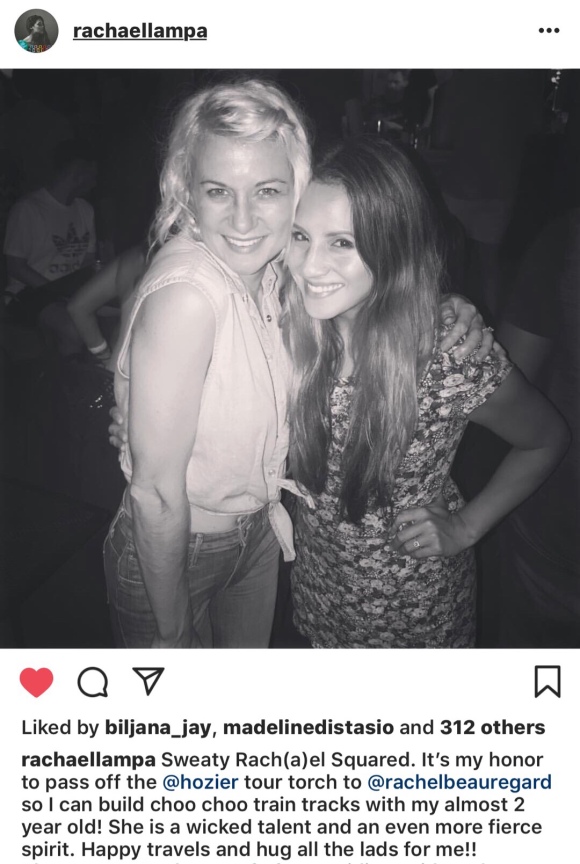 Lorraine Barnes, after spending most of the last year traveling and being backup for “The Killers” won’t be returning either. Her spot is being filled by the gorgeous Kristen Rogers. Kristen is no stranger to the stage, listen her her voice!!

Thanks to @dynamomusic for having me last night, thanks to @melodie_chase for the video evidence, and thanks to my mama for the high notes. @michaelbhicks, @jasoneskridge, @emoniwilkins, @jaywhite09, and @sisterrandolph, y’all blew my MIND. I’m so grateful to be in this incredible musical community. 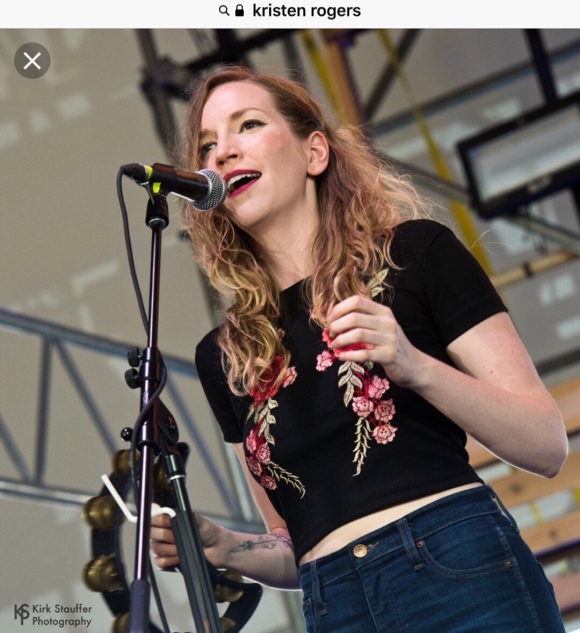 So Andrew, if you are reading this, you are killing me man!