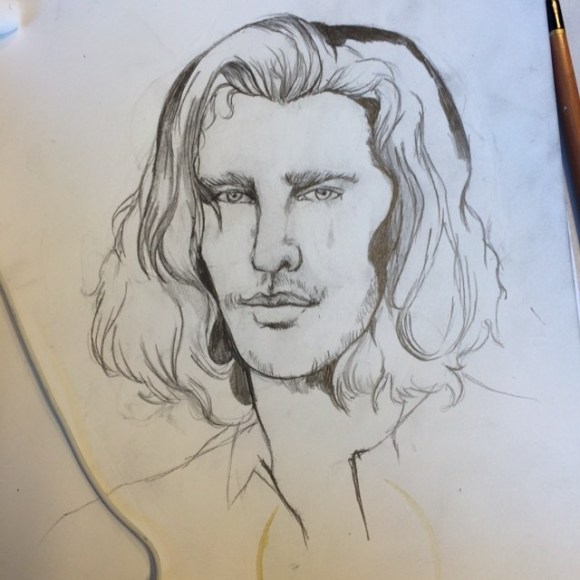 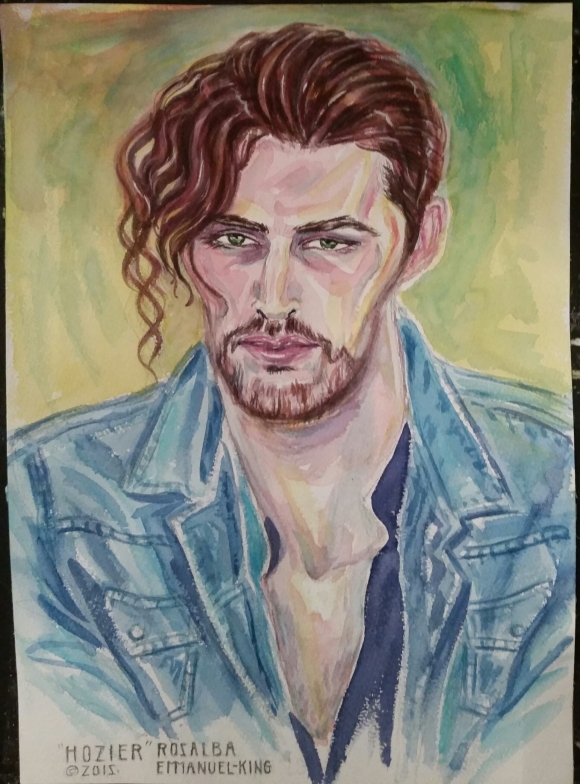 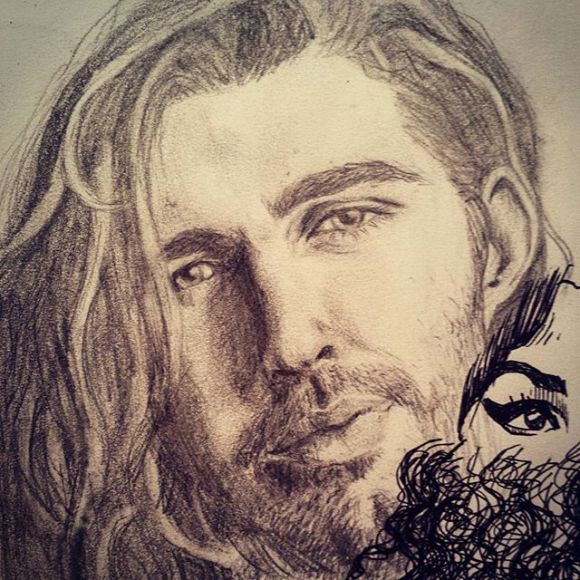 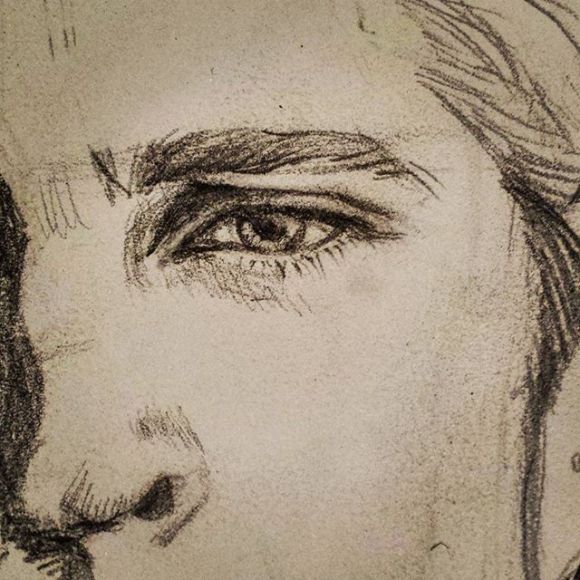 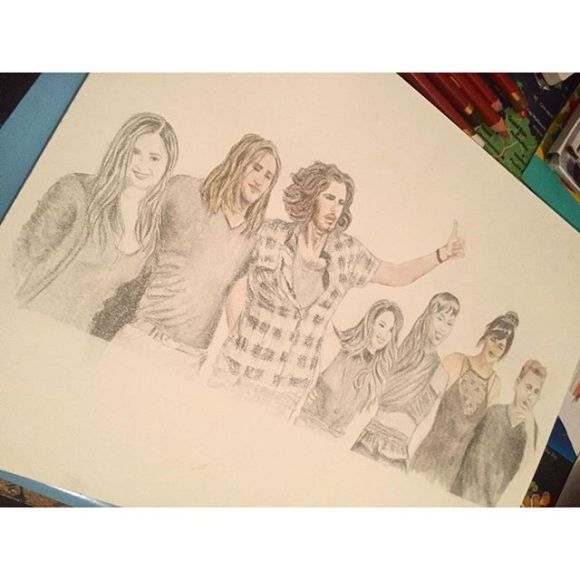 On January 23, 2016  Celebrating Fan Art Hozier will officially be one years old with it’s very first post.  He current header is Hozier and Band for the 2014 year.  This was the band I saw him perform with for the very first time.

For the sites anniversary I wanted to have an artist render a portrait of the band for 2015.  Two weeks ago I put out a request to see if there was any interest.  An artist who I admire very much, looked at the photo and thought it was not clear enough. I posted and asked if anyone was going to attend any of his remaining concerts and if they could capture a photo of the final bow. I received a few notes promising that they would try. I felt blessed that fans out there were willing to try and assist.

This morning I checked Instagram and was private messaged with this and I was moved to tears.

The image is a composite of a few photos so that the faces that were not clear in one shot but were clear in another were mingled into on sketch.

Thank you Olivia! I can’t wait to see the finished product! 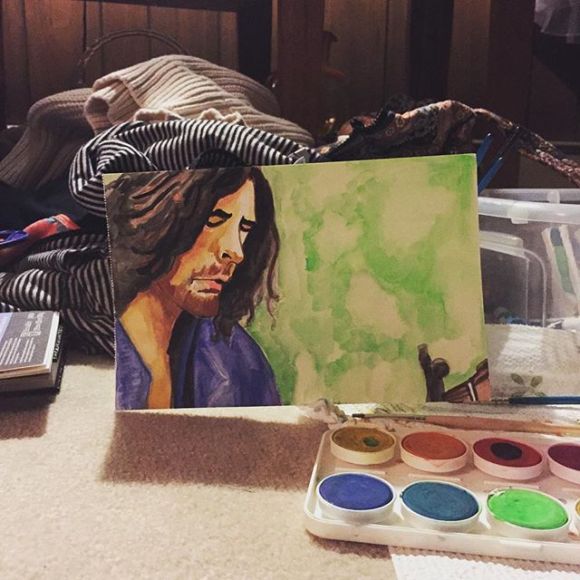 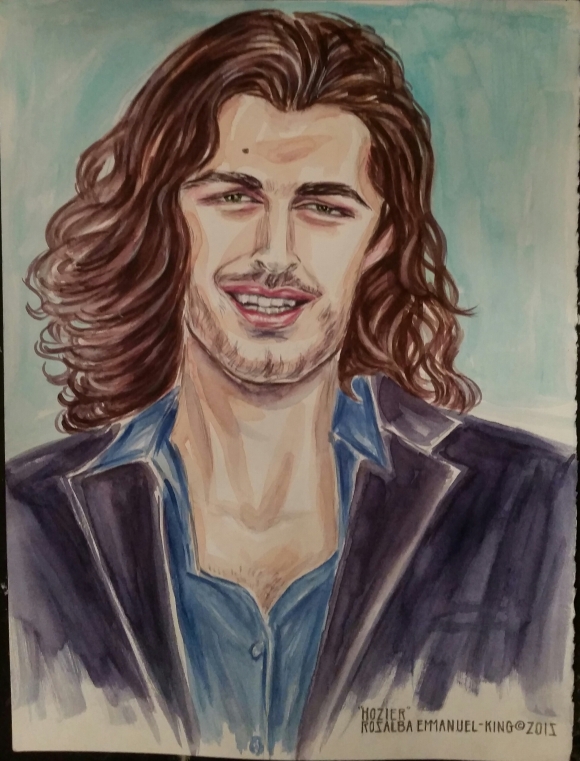 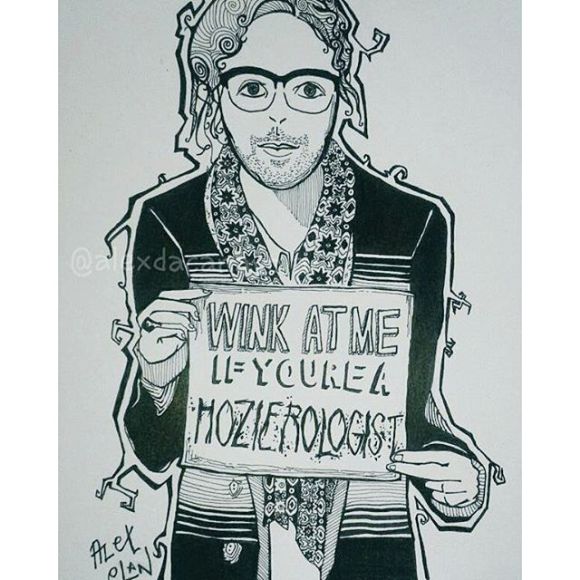 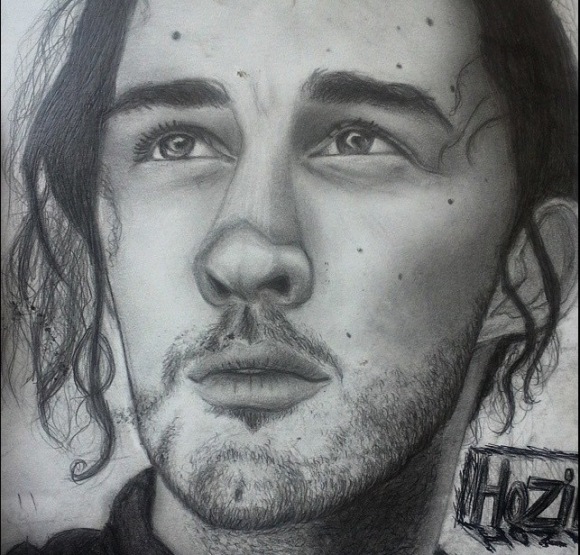 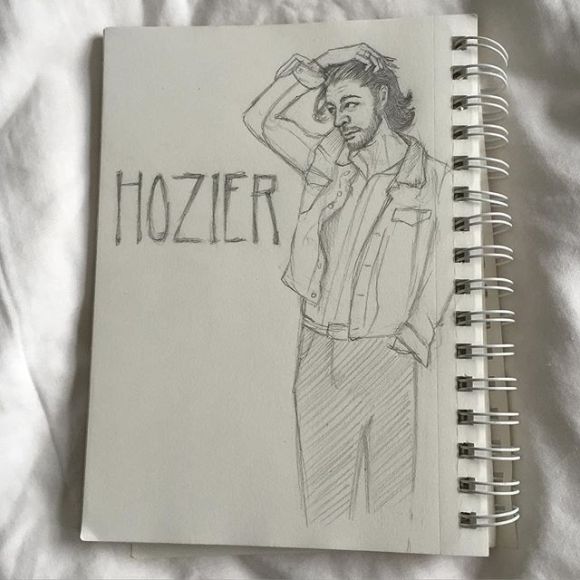