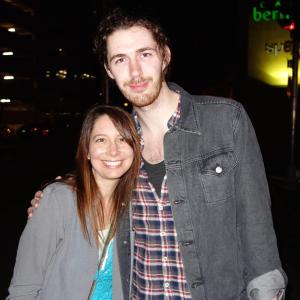 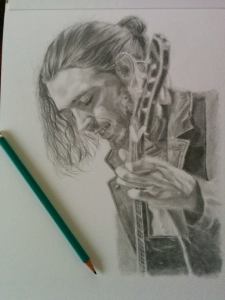 Who has 2 thumbs and forgot to sign/watermark this sketch before posting? You guessed it. emojiemojiemoji emojiemojiThe write up went something like this: Another #hozier because I have been listening to this album daily. The vivid imagery the lyrics conjure provide a bit of an escape and somehow allow me to remain focused and inspired art-wise. Wish i had been able to utter this in Sacramento, perhaps in San Francisco!

Jenna is a devoted fan of Hozier and continues to sketch him.  Her current project is a sketch of Hozier and Annie Lennox.  She hopes to give it to him at an upcoming San Francisco concert.  She too wanted to give him a commemorative piece to remember his first Grammy Nomination and performance.  It’s hard for me to believe that Jenna’s has had no formal training.

The first sketch I posted on Celebrating Fan Art, is the one that he signed for her at his recent show in Sacramento, CA.  The one of him playing the guitar, was a gift she gave him at the after show meeting (Photo).  He was blown away.  Look for updates of this incredibly talented artist.

So…I kinda HAD to draw this one of #hozier from the grammys. He says he doesn’t like all the red carpetness but…he does it so well, yes? Oh and I am a featured artist over at this hozier fanart blog go check it out! I’ve never been a featured anything! https://celebratingfanarthozier.com/2015/02/11/jenna-bolay/

This is a gift for @hozier hopefully to be given when i see him in San Francisco in 2 weeks. To commemorate his first (of many) grammy noms and his super rad performance with Annie Lennox, of whom i have also been a long time fan. It’s 9×12, graphite pencil with white gel pen for the bling in her shirt. I hope you all like it and i certainly hope he likes it

On April 29th 2015 I got a message that a package was delivered.  I was at work, and all I wanted to do was click my heels three times and say “There is no place like home.”  The drive home was grueling… the package made me cry for 1/2 hour. 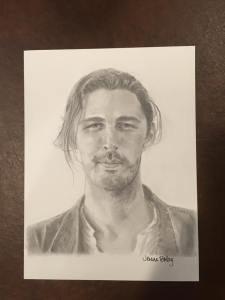 Some Of Our Art 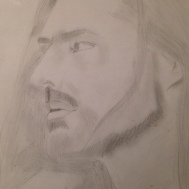 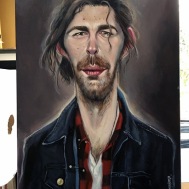 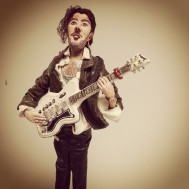 Handmade by the artist 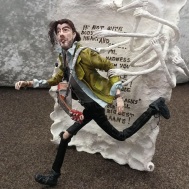 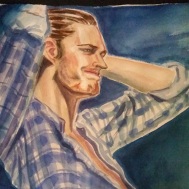 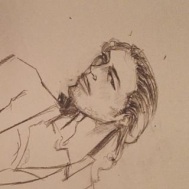 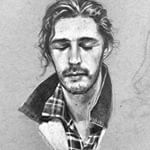 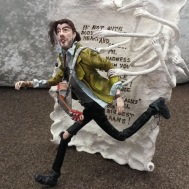 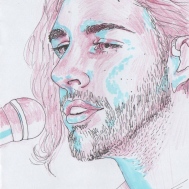 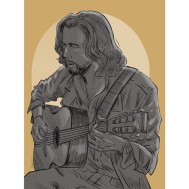 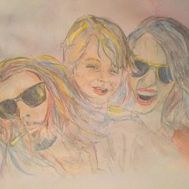 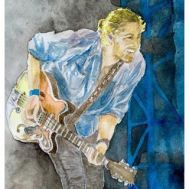